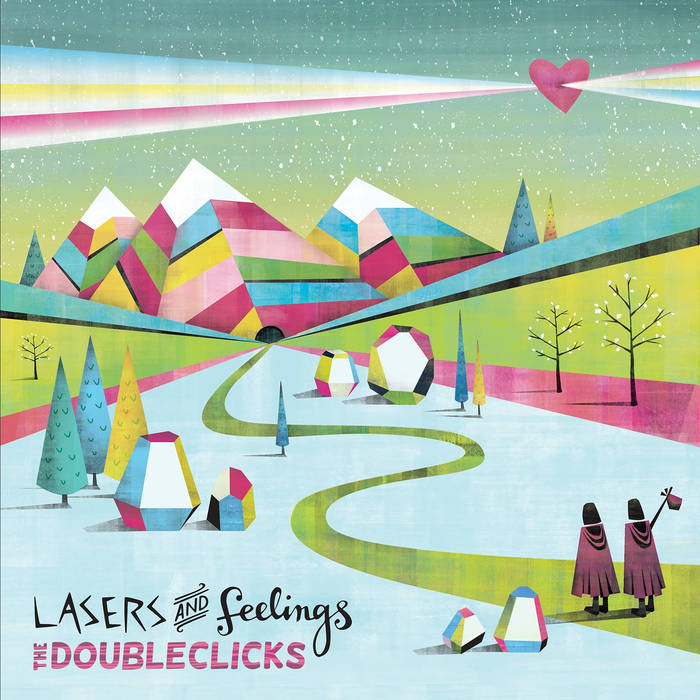 Bruce Feist Performing talent coupled with subject matter near and dear to my heart -- what's not to like? Favorite track: Nothing To Prove.

Jwyl I love that you write about stuff that I experience :) I like that I can mostly sing along (eventually) and that you use a cello ;) Favorite track: Lasers and Feelings.

During the summer of 2008, I was living in a house near my college campus with a vegan, an artist, and an Alaskan. I was working two IT jobs, and I had a lot of feelings. My sister had just moved to Portland from our hometown outside Boston, and she was playing her cello at open mics all around the city. As everyone's uncle often says, there is always room for cello--and that is more true in Portland than anywhere else.

Aubrey encouraged me to set my feelings to music, and I did. Over the next couple years, I encountered a terrible British guy, I broke up with a poet, and I fell in love, finally, over a game of Dungeons and Dragons... And out of those songs The Doubleclicks was born.

With great sound comes great responsibility, and we have to thank the awesome producer, musicians, engineers and others who made this album possible and patiently dealt with We Internet Musicians and Our Weird Needs. We also would like to thank Mom Doubleclick (aka Mamaclick) for hosting and feeding all of us. Mamaclick makes wonderful chocolate cake, you guys. It's delicious.

We also want to sincerely thank you: the listeners, the concert hosts, the Internet friends & the collaborators for being such a huge and important part of the Doubleclicks project.

We will see you on the Internet!!
Angela (and Aubrey) Webber
The Doubleclicks

LASERS AND FEELINGS was produced by The Doubleclicks and Stephen Webber in 2013.

The songs were performed by The Doubleclicks and:
Stephen Webber on guitars, mandolin, piano, synth, banjo, percussion and bass.
Jordan Rose on drums.
Billy Novick on alto, tenor and bari saxophone and clarinet.
Rodrigo Malvido on percussion on track 9.
Nick Zielger on bass clarinet on track 8.
Justin Schornstein on bass on tracks 1 and 2.
Susan Webber on bass on track 3.

The album art & design is by Caitlin Hansen: caitlinhansen.com